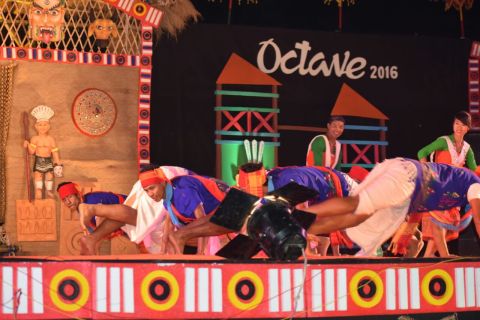 The second day of the cultural fair Octave 2016 rocked Morahabadi Maidan in Ranchi on Monday when local artists from Jharkhand and other states of eastern India danced and thrilled audience.

Prior to all these dances,the artists of Jharkhand played its traditional -Dhol-Nagara and enjoyed eating its cuisine.The NCC cadets maintained law and order.

At the venue,30 stalls were put up where the visitors from Ranchi and adjoining areas were spotted giggling and laughing.

Picture shows artists dancing on the second day of Octave 2016 at Morahabadi maidan in Ranchi on Monday.