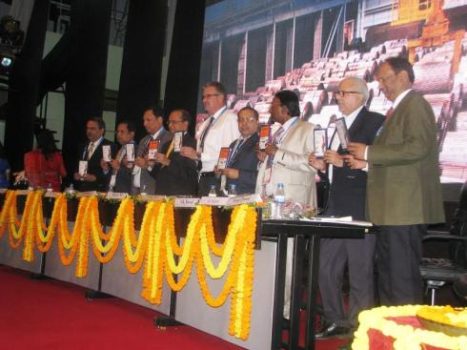 Padma Shree Nalini Ranjan Mohanty, Former Chairman , Hindustan Aeronautics Limited was the Chief Guest of the Conference. He stressed upon the fact that Indian Industry has to raise standard in IT and Automation Implementation If India wants to catch up with China economically.

President, CSI, Anirban Basu stressed upon the fact that IT industry has a big role to play in improving the safety and productivity in steel industry.

Chairman, CSI, Ranchi Chapter spoke on the advantage of IT industry and its inroad in steel industry.

Vote of thanks was proposed by Shri Anup Prasad, Secretary, CSI, Ranchi Chapter.