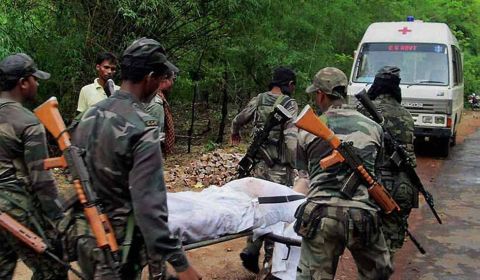 Maoists suffered a massive loss on Wednesday when six of their comrades were killed in a gun battle with the police in the forest areas of latehar district of Jharkhand.

DGP D.K.Pandey and IG (Operation)M.S.Bhatia who led the security forces informed that the encounter took place at around 9Am near Karadohar jungles of the said district when a squad of CoBRA commandos of the CRPF was out on patrol.

Though six bodies of the Naxals in uniform were found,their identity was not known till evening,said Bhatia.The Naxals were equipped with an INSAS rifle, an SLR, a carbine and three other firearms which were recovered from the spot.

“Search operations are on,” said the DGP adding that the security forces suspect that the Maoists had gathered there to indulge in ‘attack action’.