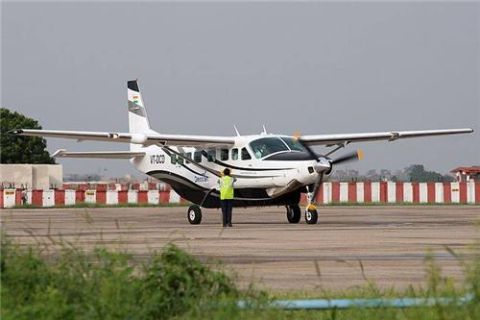 The Government of India plans to set up a new airport at Deoghar in Jharkhand in 603.8 acre land.

It has signed Memorandum of Understanding (MoU) with Government of Jharkhand for the same.Jayant Sinha, Minister of State for Civil Aviation informed Rajya Sabha on November 22, 2016, in reply to a question from its Member Parimal Nathwani.

The Minister said that Jharkhand State Government has already started actions for acquisition of 603.8 acre land for setting up airport. He also said that there is a proposal of forming joint venture with the State Government.

The government has received total 31 proposals from 15 states for development, expansion and upgradation of airports. The minister’s statement also noted that the development of airport is subject to availability of land by the State Government free of cost and free of all encumbrances, traffic demand and budgetary support.

The Minister stated that Airports Authority of India (AAI) is owning and managing 125 Airports and Civil Enclaves in the country. Out of this 94 airports/civil enclaves are operational, he said and added that the government does not propose to modernize all metropolitan and non-metropolitan airports under the Public Private Partnership mode.