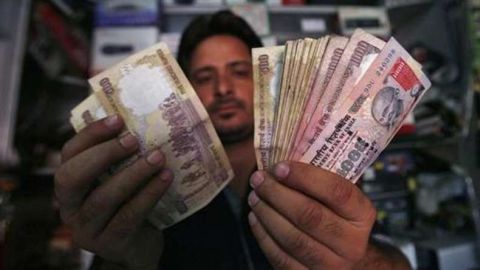 After the Prime Minister Narendra Modi annpunced the demonetization of Rs 500 and Rs 1000 notes on November 8,the police had recovered Rs 25 lakh from a bus coming to Hazaribagh from Gaya.

Sadly,long queues due to cash crunch at bank offices and ATM kiosks, the consequences of demonetisation, have claimed three lives in Jharkhand.

First death was that of one person called Ramchandra.He had died due to suffocation as he was standing in a crushing queue for more than four hours to exchange his old currency notes at a State Bank of India branch in Mohammadganj, Palamau district, on Wednesday.

When he collapsed, he was taken to a hospital where doctors declared him dead.

Second incident was connected with 70-year-old Lakshmi.She had died of shock over the death of his 20-year-old grandson Lavkush in Bokaro district on Wednesday

Third death was of a man called Lavkush.He had died on Tuesday night as the economic condition of the family was not good and his father, a daily wage worker, was unable to get work due to demonetisation, which has caused trash cash and cash crunch.