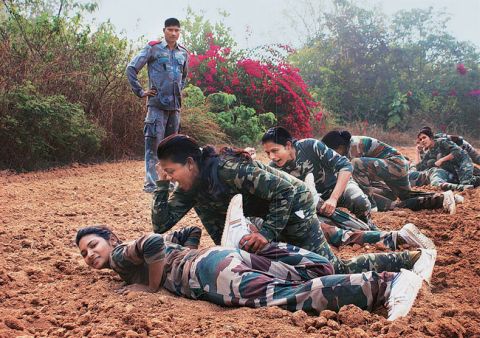 Women forces to contain Maoists.This is a developing reality in Jharkhand where the Central Reserve Police Force(CRPF) has deployed a team of women commandos in anti –Maoist operations.

Sanjay A Lathkar,CRPF IG of Jharkhand,has said that a company of woman commandos was in force.They were deployed in CRPF to counter Naxal ultras in Jharkhand.They were recruited,trained and put up on October 17,2016.

This is for the first time,CRPF had deployed woman commandos in the country.

So far 135 belonging to the 232 battalion’s Delta company are currently undertaking operations under the supervision of CRPF’s 133 battalion in Maoist –infested forests on the outskirts of Ranchi near Khunti.

During the past one month,the CRPF had found these women commandos helpful in dealing with the Maoists who too were carrying woman commandos.