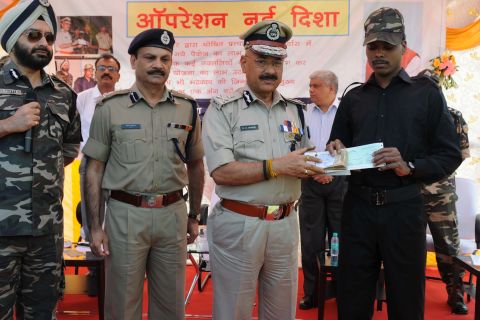 Another Maoist gave up and joined the mainstream.During the past one year,more than three dozen Maoists had done the same.

The latest is Jharkhand’s CPI (Maoists) Sub-Zonal Commander Baleshwar Oraon who surrendered before the Jharkhand DGP D.K.Pandey on Tuesday.

Oraon,who carried Rs five lakh on his head,was wanted by the police in more than a dozen criminal cases including putting a bomb in the stomach of a martyred CRPF jawan.

After he suurendered,he was felicitated by Panday.During the felicitation function held under the state government’s programme-Operation Nai Disa inside police headquarter in Ranchi,the DGP was accompanied by senior police officials.