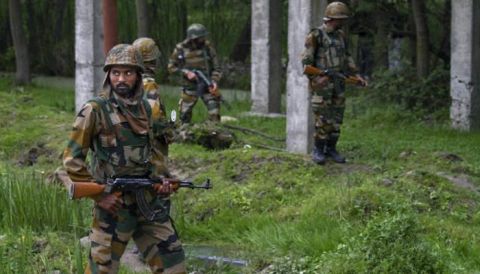 Security forces were celebrating in two states-Odisha and Andhra Pradesh on Monday when as many as 21 Maoists were gunned down in exchange of fire in their border area falling in Malkangiri forest area on the AP-Odisha border (AOB).

Giving the information about this deadly encounter AP Director General of Police,N.Sambasiva Rao who left for AOB of Agency area immediately upon receiving news of the encounter, said 21 Maoists were killed in a ‘massive’ encounter in the wee hours on Monday.

Rao also said that four security personnel were injured in the encounter.