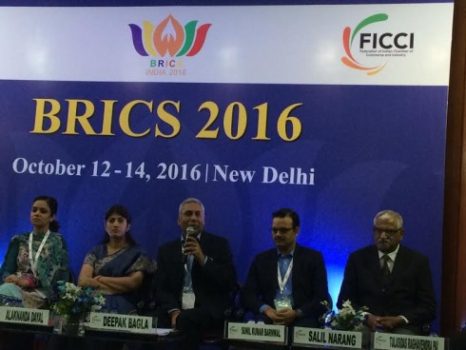 It was this session on investment opportunities available in india. As it is,Prime Minister Narendra Modi is on record saying that in development of india ,eastern states of the country including Jharkhand have a significant role to play.

In fact,Jharkhand’s growth rate is 12.4 % and this is 2nd in the list of states in india.Moreover,addressing the BRICS Conclave,Barnwal said:

“Jharkhand is mineral capital of india as 42% mineral in lies in our state.During the past two years we have launched 10 new policies.

He claimed that opportunities were available in transmission, medico city, power substation and smart city. “Already we have more prestigious institute like XLRI, ISM DHANBAD, BIT and IIM”,said Barnwal.