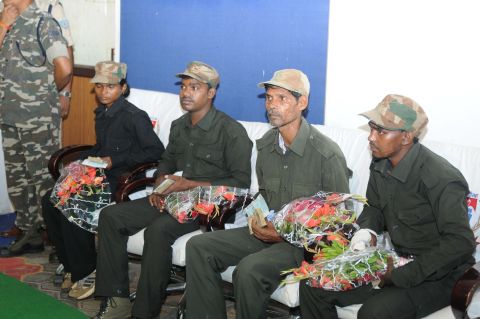 Jharkhand police displayed its strength on Tuesday when four Maoists surrendered before its DGP DK Pandey.

The surrender programme was held inside the police headquarter in Ranchi.As they surrendered,they were handed over bouquets of flowers,apart from many other benefits as per the state government’s surrender policy.

All of them surrendered before Jharkhand DGP D K Panday and senior police officials including IG(Operation) MS Bhatia under its programme ‘Operation Nai Disha’.