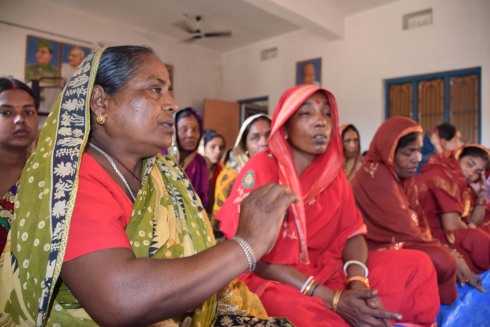 On the Gandhi Jayanti Day,Jharkhand Chief Minister Raghubar Das observed that father of the nation had a vision to develop and strengthen Panchahayats mainly because in the development of India,Panchayats had played a significant role.

“In the country,where Panchayat is the supreme God in accordance with its tradition and culture,village can be developed by strengthening Panchayat”,said the CM while addressing the village Panchahay(Gram Sabha) under the banner of “Swaraj Se Suraj” at Khaatanga village under Gagri Panchayat of Ormanjhi block in Ranchi district on Sunday.

Addressing the Gram Sabha of all Panchayats in the state through online communication,the CM said, “We have to take a pledge to clean the entire state and make electricity available in all villages by 2018.”

The CM said that the the prime objective of the state is to provide transparent administration and end corruption.

Addressing the meeting,Additional Chief Secretary Amit Khare said that during the 14th Finance Commission period,Panchayat is to get nearly Rs 80 lakh -Rs 1.25 crore and to make use of the fund,it has to make the plan and get it implemented.”And as such,every Panchayat has to understand its responsibility”,said Khare.

Before the Panchayat meeting ended,the CM made the present audience take a pledge of ‘cleanliness’ under the banner of ‘Swaraj Se Surag and honoured martyr Umrao Tiket’s relative Mahendra Oraon and martyr Sheikh Bhikari’s relative Sheikh Eyasir,in addition to offering flowers on their statues.