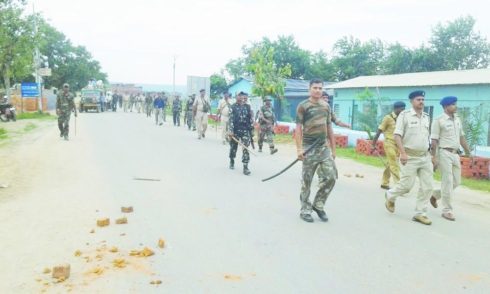 The arrest of Congress MLA from Barkagaon,Nirmala Devi led to a clash between her supporters and the police causing death of four persons and injury of over six in Barkagaon in Hazaribagh district on Saturday.

Reprort said that an Additional Superintendent of Police (Operations) and a Circle Officer were also seriously injured after being abducted and assaulted by the protesters.”Their vehicles were also torched”,said a senior police officer.

Devi was arrested by the police on saturday morning Saturday morning when she was leading a protest on the issue of displacement of people connected with NTPC power plant project in the making in Hazaribagh-Chatra.