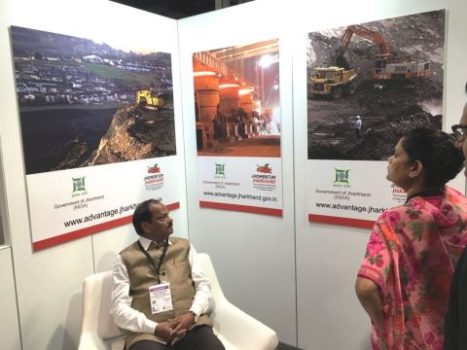 In a report mailed to media persons by the state government on Tuesday,it is claimed that after Jharkhand Chief Minister Raghubar Das and other senior officials reached Las Vegas in the United States of America,they participated in the Mining Expo 2016 and appealed to investors to invest in the state.

One person called Sri Jain of Caterpillar Private India Ltd,said that his company had put up a proposal to set up mining equipment manufacturing plant at Adiyapur,said the same report.

Officially,the aim behind the move was to interact with the U.S. based investors and invite them to take part in the state government’s forthcoming ‘Global Investors Summit’ in Jharkhand on February 16-17,2017.

However,Caterpillar Private India Ltd is a “leading manufacturer of construction and mining equipment,diesel and natural gas engines and industrial gas turbines”,according to its website.

The plan to take part in the Mining Expo 2016 at Las Vegas was learnt to have been backed and recommended by the CM’s Secretary and Secretary of the Information Technology and Mines Department,Sunil Kumar Barnwal.Jain was reportedly in touch with Barnwal who was in receipt of Caterpillar Private India Ltd plan to set up mining equipment plant at Adityaput near Jamshedpur in Jharkhand.

As per their plan,the Team Jharkhand is slated to visit San Francisco where its members were scheduled to interact with potential IT investors.