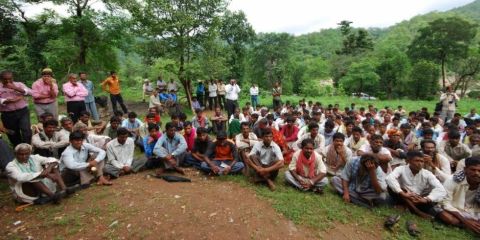 When the whole nation will celebrate Mahatma Gandhi’sbirth day(Gandhi Jayanti) on October 2,2016,the BJP government led by Chief Minister Raghubar Das will be in villages holding Gram Sabhas in all Panchahayats in Jharkhand.

As per the state government’s plan,Gram Sabha will be held in all village Panchayats.While addressing South Chotanagpur Divisional Convention of Mukhiyas in Gumla,Das said that Gram Sabhas will be attended by Mukhiyas,Panchayat Secretariat Assistants and Self Help Groups representatives.

Das claimed that by 2019,all villages would be made self- sustainable,inaddition to gaining cleanliness standard and the state administration will help assist people in development works.

On the occasion,the CM gave Rs 1 lakh to one Sukru Devi to encourage the education of her grand son and grand daughter.