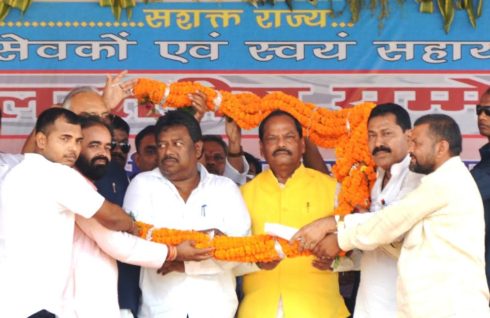 Jharkhand Chief Minister Raghubar Das on Thursday addressed a meeting of the newly appointed Swayam Sevaks and declared that all Block Development Officers will be trained on September 18 to implement development projects associated with Panchayat system kin the state.

“After they were trained,BDOs will train Panchayat representatives and Swayam Sevaks”,said the CM while addressing a conference attended by Panchahayat Mukhiyas and Swayam Sevaks at Police stadium in Daltongunj(Called Medninagar) under Palamau division of Jharkhand on Thursday.