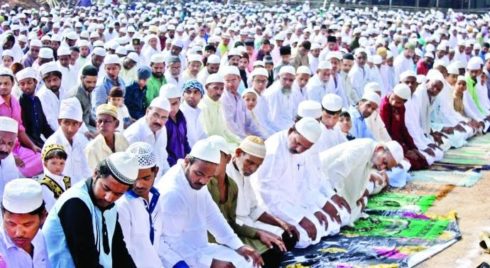 The mood was festive on the occasion of Eid al-AdhaIt. brought hundreds of people to mosques on Tuesday morning in Ranchi and all areas of Jharkhand.

In fact,from Ranchi to Jamshedpur,Dhanbad,Bokaro,Daltongunj and Dumka,the mosques were full of people offering prayers on Bakrid.

Known as the festival of the sacrifice, it is the holier of the two Eids celebrated. An animal, usually a goat, is sacrificed to mark the event.

On Eid al-Adha, two rakats are said, following which a sermon is delivered.The day is celebrated after pilgrims who had gone to Hajj in Mecca descend from Mount Arafat.

In Ranchi,Sunnis and Shias offered namaz together at the Imambara on Tuesday. Prayers were also offered at Masjid in Main Road and Upper Bazar.