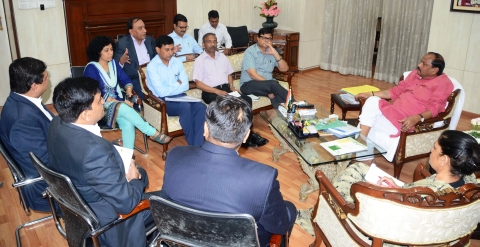 In their meeting,it was decided that Microsoft,apart from running the training centre, will provide technical help in cultivation of pulses in the state.The CM asked Gupta to submit a detail project report.