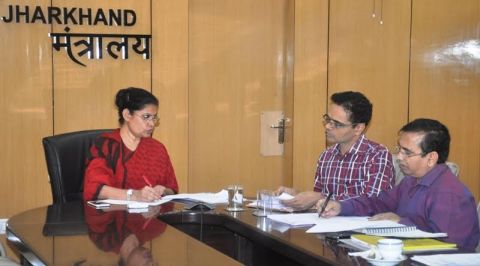 “Set up 500 nurseries in the selected blocks and panchayat villages”,directed the CS while reviewing the Department’s work inside Project Bhawan in Ranchi on Wednesday.

The CS opined that each nursery should be established so that cultivation and production of spices such as chilly,ginger and coriadar can be increased.

Incidentally,as of now there were 130 nurseries in the state.She directed officers to inspect these nurseries,prepare a profile of fellows who owned and maintained them and find out whether the fund provided by the government was being used by them.

Notably,the CS directed them to establish 1000 Agriculture Business Centres across the state.The meeting was attended among others by the state Agriculture Department Secretary Nitin Madan Kulkarni.