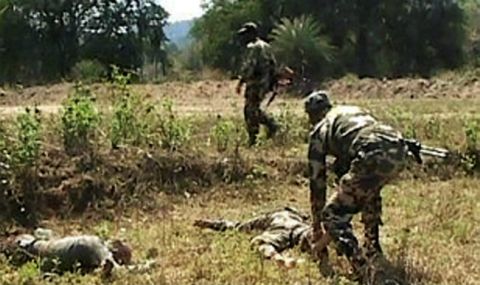 It was a bloody night on Saturday-Sunday when three youths were shot dead by suspected ultras of People’s Liberation Front of India (PLFI) in a forest area near Kasira village in Khunti district.
The police on Sunday said that the incident had occurred on Saturday -Sunday night.The victims were identified as Rahul Swansi (18), Anil Lohra (20), and Brajesh Singh (20)/.
Since Swani,Lohra and Singh were not free from charges of crime.They are learnt to have been killed by PLFI ultras to establish ‘domination’ in their area of influence.
Khunti SP Anish Gupta, accompanied by DIG (Ranchi) R K Dhan,had visited the spot.They said bodies have been recovered.
No arrest was made in connection with the crime.However,Gupta said that search operation was ‘on.