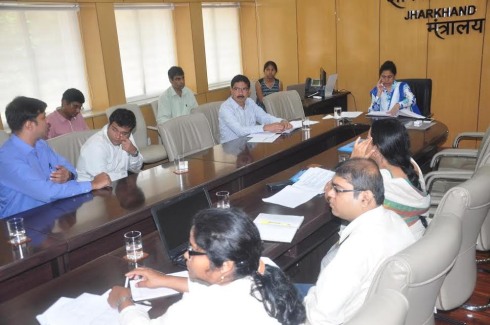 In a review meeting with the state welfare department on Monday,Jharkhand Chief Secretary Raj Bala Verma directed PAN IIT officials to train students under the skill development programme so that they can get skilled to self employ themselves.

In fact,PAN IIT officials run Gurukul schools in the state.

During the meeting,the CS directed that a joint venture scheme has to be created to train 1500 students of Gurukul schools in seven districts of the state.She directed the department officials to hold talks with their counterparts of the transport department to train and provide licences to drivers of heavy vehicles.

At Tharpakna in Ranchi,Skill Development Centre will be set up where 1000 boys will be trained every year,said the CS.

“In residential schools like Netarhat,seminar will be organised”,she said while reviewing the skill development works being done by Welfare Department and PAN IIT officials for ST/SC students in Jharkhand.