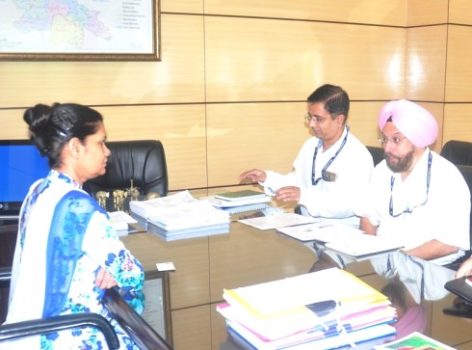 In fact,Namami Gange-the flagship programme of Prime Minister Narendra Modi government at Centre-to clean up Ganges has partnered with UNDP for the mammoth task.

UNDP’s country Director Jaco Cilliers is on record believing that the national mission to clean Ganga is not just cleaning a river but encompasses some of the major mandates of UNDP including poverty alleviation and environmental protection.

Against this backdrop,the CS informed that UNDP,Jharkhand Urban Development and Housing Department joint body State Programme Management Group was set up to sensitise the people in rural areas about the cleaniness drive.

“Under SPMG,implementation of several schemes should be started”,observed the CS.

During the meeting,following decisions were taken.

A.In the affected areas on the bank and flood potential areas of the river Ganges,construct 5450 Bio Digester Toiltes under Namame Gange project.

B.UNDP will hold health camp in September.The fly ash will be used to nake bricks and as such a plant to put up a machine to build bricks will be set up in October.

Directing them,the CS directed them to prepare a five year plan.In the meeting,the CS was told that 2637.3045 encroached lands were identified.During the past one month,320.5461 Hectares of land were made encroachment free.