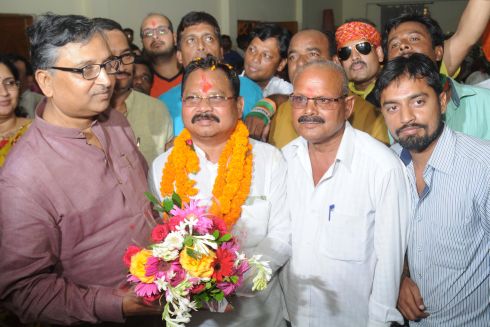 With its newly appointed President Laxman Giluwa landing in Ranchi,the ruling BJP workers were in cheers.

Giluwa,MP from tribal dominated Constituency Singhbhum,who was appointed by the BJP high command in New Delhi as successor of Tala Marandi,was congratulated by the Chief Minister Raghubar Das and ex CM Arjun Munda.

Marandi had resigned after he was caught in a controversy over the marriage of his son with a minor girl and the party high command intervened,it is learnt.

On Friday when Giluwa arrived at party office in Ranchi,the BJP workers greeted him and shouted pro party and pro Narendra Modi slogans.