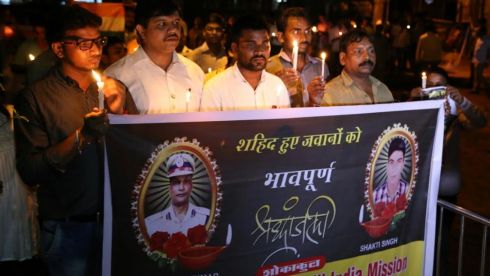 Killers were in Jammu and Kashmir.The martyrs representing the security forces hailed from Jharkhand.And payers of tributes to them were in Mumbai.

This pan India phenomenon was visible in Mumbai on Thursday when tTwo social bodies-Foundation of Skill India Mission and Lions Club of International Chamber-paid tributes to two Jharkhand based martyrs.

These martyrs were Shakti Singh and Pramod Kumar.Both were killed in in separate incidents in Jammu and Kashmir.

The activists and officer bearers of these bodies took out a candle light procession to pay tributes to them..