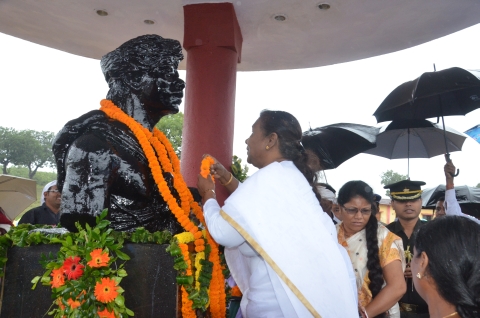 In fact,Veera Budhu Bhagat had fought against the British rule during 1850-1900.”He had exceptional capability to organise and lead the people”,said
Governor Murmu.

And as such Union Human Resource Development has taken initiative to organise the programme in all government run schools,colleges,universities and so on.Jharkhand Governor participated in the programme on Veer Budhu Bhagat at Seeragoi in the boarder areas on Ranchi-Lohardaga in Jharkhand.