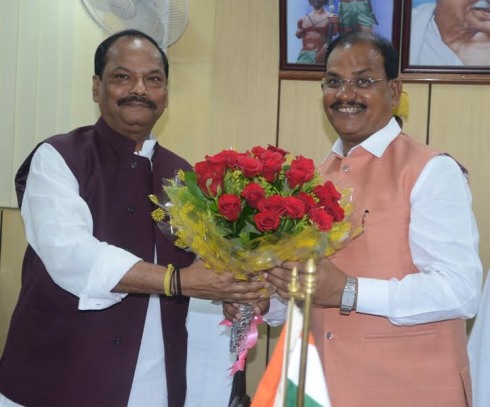 After its counterparts of Assam and Bihar,the Jharkhand Assembly on Wednesday passed the Goods and Services Tax (GST) Bill and became the third state to ratify the bill after Assam and Bihar.

Among political parties except Communist Party of India-Marxist and Leninist (CPI-ML) legislator Raj Kumar Yadav, unanimously approved and passed the Bill in the state Assembly.

The GST Bill was tabled in the House by Jharkhand Parliamentary Affairs Minister Saryu Rai.Notably,Opposition parties like the Jharkhand Mukti Morcha (JMM), Jharkhand Vikas Morcha-Prajatantrik (JVM-P) and the Congress supported the Bill.

However,their representatives expressed concern over its text and implications in the state.

Leader of Opposition and JMM Acting President Hemant Soren said, “Has the state government studied the impact of GST on Jharkhand. The state government before discussing the issue should have prepared a draft of its impact on the state. The GST is a consumption based tax and Jharkhand cannot be compared with Delhi, Haryana and others.”

“We request the state government to prepare a draft and discuss it in the Assembly before going to the GST council.”

In response,Jharkhand Chief Minister Raghubar Das said, “The GST will end corruption in the country. When VAT was introduced in 2005 there was fear of losing taxes but Jharkhand gained from VAT, similarly state will gain after GST is implemented.