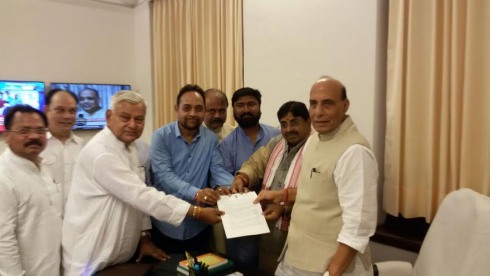 A new chapter was added in New Delhi on Friday when the BJP,Congress and JMM Members of Parliament from Jharkhand met Union Home Minister Rajnath Singh and jointly raised a demand-increase the number of Assembly seats from 81 to 150 in Jharkhand.

These MPs requested him to meet their demand and apprised him of the Home Minister’s old promise.In fact,during his election campaign last year,Rajnath Singh had promised to increase the number of Assembly seats.

In response,Home Minister assured them that the Centre will consider their demand ‘effectively’,it is learnt.