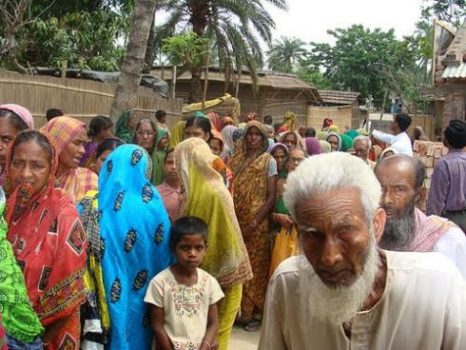 As many as 44 blocks and 04 Towns of 13 districts in Jharkhand are covered under Multi-Sectoral Development Programme (MsDP). At national level, MsDP is being implemented in total 710 minority Concentrated Blocks and 66 Minority Concentrated Towns and 13 Clusters of Contiguous Villages falling under 196 districts.

Mukhtar Abbas Naqvi, Mnister of State (Independent Charge) for Minority Affairs stated in Rajya Sabha on August 9, 2016 in reply to the question raised by member of Rajya Sabha Parimal Nathwani.

According to the statement of the Minister, under MsDP, total Rs41.32 crore has been released for Jharkhand in last four years, said the statement. However, no physical targets are fixed by the ministry under MsDP and projects are approved on the basis of the projects proposals received from the States/UTs as per their requirements and needs.

He also added that in the restructured MsDP the unit Area of planning has been changed to Minority Concentration Blocks/Minority Concentration Towns/Clusters of villages instead of district for sharper focus on the minority communities. Total Rs.2958.75 crore has been released under this scheme in the country in last four years, said the Minister.
Nathwani wanted to know about the details of the areas identified for implementation of Multi-Sectoral Development Programme and the programme/schemes undertaken since its inception along with the targets set/achieved and fund allocated/released in last four year.

According to the statement of the Minister, under MsDP, the government provides support for setting up educational infrastructure such as degree college, construction of school building, additional class room, toilet blocks and hostels, provides computers in schools and other teaching aids and free bicycles for girl students, setting up digital literacy center for cyber gram and so on.