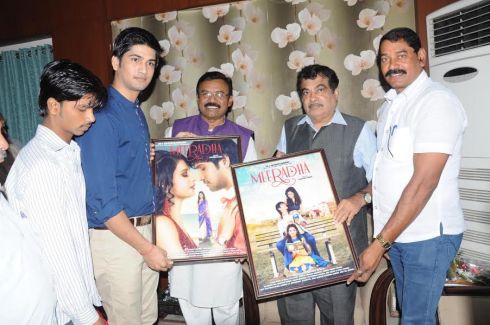 Come the Hindu festival-Janamashthami-and the film theatres across the world will be showing a Bollywood film-Meeradha.

For the first time,the Bollywood has come up under the banner of SPJ Entertainment Movie depicting epic characters of Hinduism-Krishna,Radha and Meera.

Directed by Aashish Sinha and produced by Surya Prakash Jethlia,Meeradha,however, is not based on the historic text.Instead,the script seeks to depict modern Krishna, Meera and Radha.

The film will hit the screen on August 19.six days before the festival of Janamashthami is slated to be celebrated by Hindus on August 25,2016.