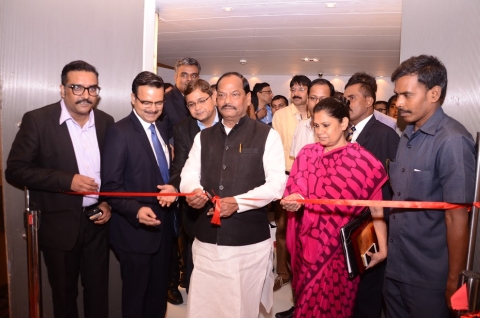 Team Jharkhand on Friday sought to gain investment in the sector of education.The venue was New Delhi based world class hotel- Le Méridien.

It was inaugurated by the CM Raghubar Das.Notably,Das was awarded ‘World Leadership Award’.This is the first ‘award’ received by the CM.

Although it is not known who organised this World Education Summit-2016, how much of fund was spent and by whom,a press release issued by the state Information and Public Relations Department claimed that the CM Raghubar Das was awarded for ‘taking Jharkhand to the new heights of Development.’

In any case,the CM said that in this age of global economy and knowledge-technology,qualitative transition is taking place.”In this global perspective,walls were falling and now,any student of Jharkhand can get connected with the international university through the internet”,said Das while addressing the World Education Summit 2016.

Alongside,while participating in the round table conference with representatives of different education institutions,the CM observed that his government wants to develop Jharkhand as ‘IT and Education’ hub and as such ‘the state government is ready to provide all necessary requirements to any institution willing to make investment”.