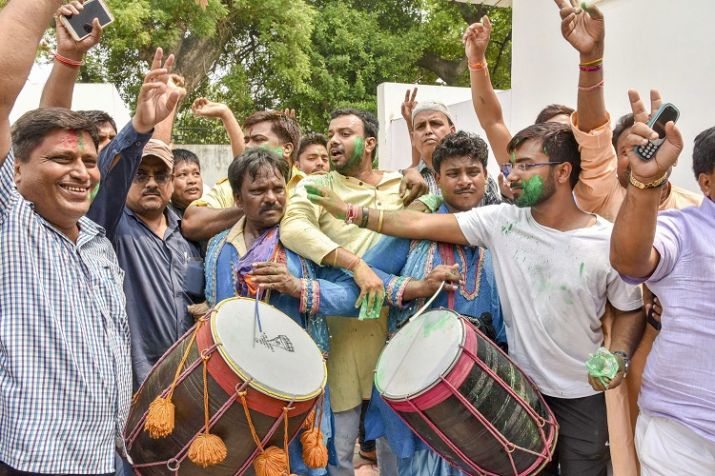 The ruling BJP has suffered a major blow by getting defeated by its main opposition party -Jharkhand Mukti Morcha in the bypoll of two Assembly seats in Jharkhand.

The defeat of the ruling BJP led by Chief Minister Raghubar Das was mainly attributed to unity among the opposition parties including the Congress and the RJD.

None of these parties put up candidates against the JMM while the BJP's ally AJSU contested the poll and not only divided its electoral base,but ensured it gained third position in the by poll.

Even in other by polls,the ruling BJP failed to gain success. For instance,RLD candidate Tabassum Hasan defeated her nearest rival, BJP’s Mriganka Singh by over 55,000 votes to win Kairana Lok Sabha bypoll.

* BJP candidate trailing by over 40,000 votes in Kairana (UP) Lok Sabha byelection

*With one more round of counting to go, BJP’s Rajendra Gavit leads by 29574 votes in Palghar Lok Sabha bypoll