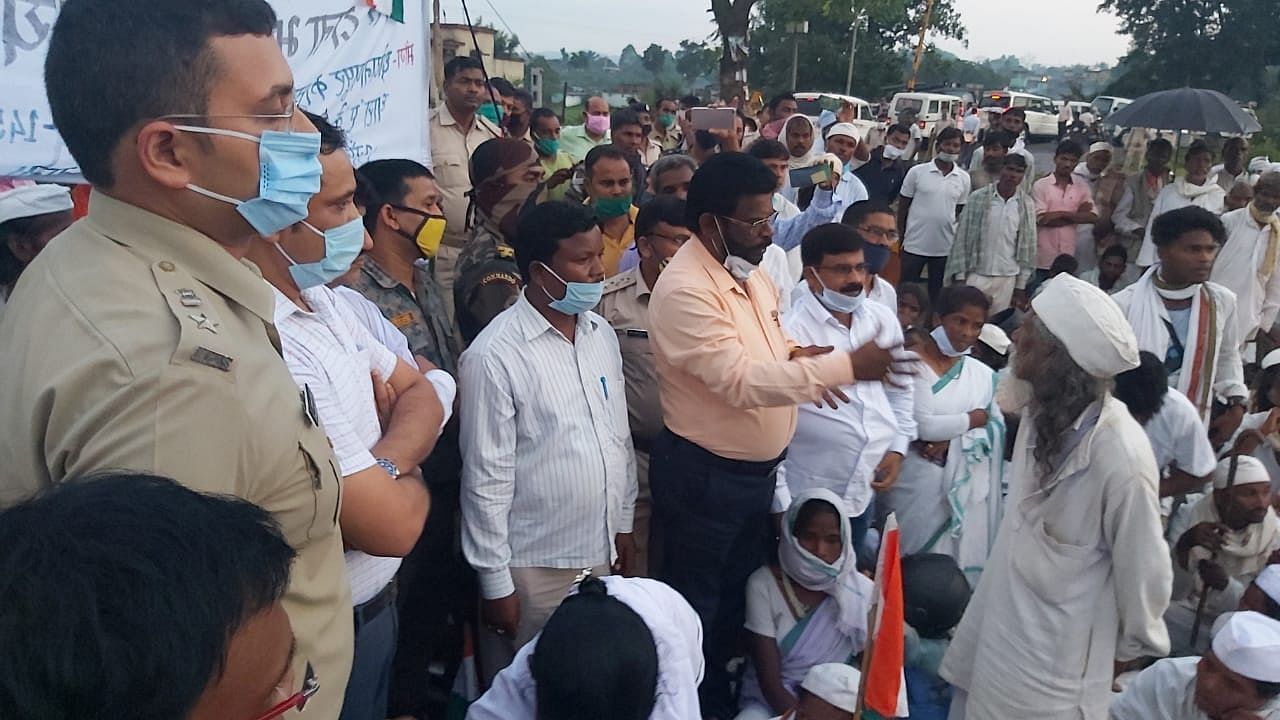 *Tana Bhagats continued to sit on tracks for over 50 hours demanding land rights at Tori Railway station near Ranchi, capital of Jharkhand.

The traffic of all freight and passenger trains on Daltongunj-Ranchi tracks remained paralysed for over two days due to the economic blockade put up by the Tana Bhagats at Tori railway station in Jharkhand’s Latehar district.

Since Wednesday evening, around 250 Tana Bhagats were on dharna right on the tracks at Tori railway station. They were demanding land rights and amendment of the Chotanagpur Tenancy Act.

This had left several passengers and goods trains stranded for over 50 hours. Though Latehar MLA, Deputy Commissioner, and SP have persuaded the agitators, they were not ready to withdraw their agitation.”We are not using force because these Tana Bhagats were followers of Mahatma Gandhi”, said a senior officer of the state government.

Sadly, the state government led by Chief Minister Hemant Soren and the police remains mute. This has caused unprecedented harm to the railways and passengers as well. The traffic on the Delhi-Ranchi and Delhi-Howrah rail route via Daltongunj has been completely paralyzed.

Remarkably, each of these 250-odd Tana Bhagats, clad in white ‘Dhoti’ and ‘Gamcha’, who belongs to a tribal community in Jharkhand’s Gumla district, who were vegetarians, and were followers of Mahatapa Gandhi, were spotted sitting on the rail tracks, demanding land rights and amendment of the Chotanagpur Tenancy Act.