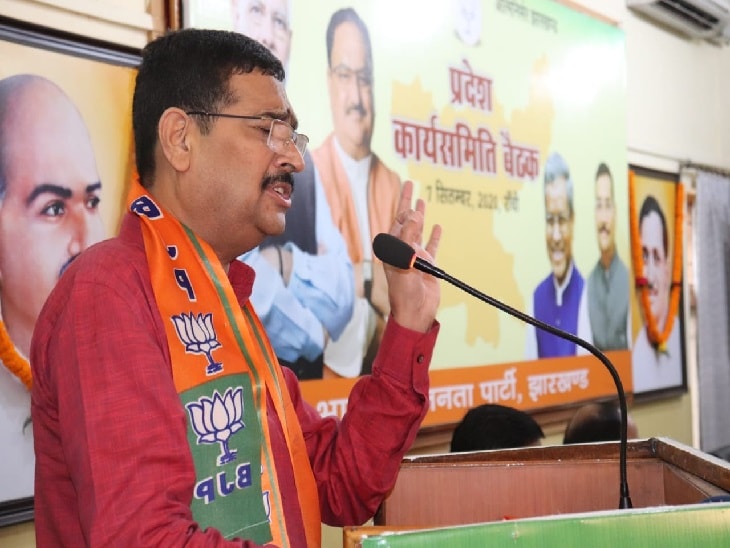 “Hemant Govt in Jharkhand packed with corruption and free from development.’ Addressing the party’s newly-elected working committee Of Jharkhand in Ranchi through video conference from New Delhi today, BJP chief JP Nadda opined that with law and order down, the process of development has stopped.

Nadia said,” The BJP is in politics not for capturing power or chair, but to bring a change of the country’s fate and its image.”

The BJP chief conveyed to his party leaders of the state that entering into an alliance for power is based on mathematics.”The people are aware of it and our party has not come out of the people’s heart in Jharkhand”, opined Nadia.

At this time of Corona age, the party men  are participating in a virtual meeting.”It's a new type of experience”, he said adding that while all other parties had come to stand still during this period, the BJP continues to be active“, he said.

“That was the time when the ventilator was not made. Today,3 lakh ventilators were being produced in India. There were no PPE kits. Prime Minister Modi inspired industrialists and as a result, PPE kits are manufactured and meeting the demand. This is the strength of our country-Bharat”, Nadda said.

Nadda also apprised them of a number of reforms the Modi government had introduced including new education policy and motivated them to perform in the interest of the party in the coming days. The newly elected members of the BJP’s state unity were attending the first virtual meeting inside the party’s headquarter office in Ranchi.

Among the state leaders who spoke on the occasion including newly elected BJP’s Rajya Sabha MP Deepak Prakash. While delivering his speech, Prakash observed that  “the party had lost the last Assembly polls. It had not lost the ground. The coming time is going to be ours”, he said.