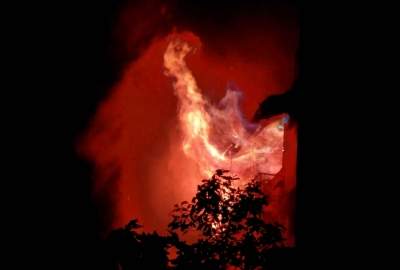 Four workers who were burnt inside Koderma Chemical Factory along Gajhndi road under Tilaya police station in Koderma on Tuesday morning are in critical condition at Ranchi based RIMS hospital.

They were admitted at  RIMS on the reference of the Koderma Sadar hospital doctors.”We found their condition serious and advised them to rush to RIMS”, said a doctor of Sadar Hospital, Koderma.

An inquiry revealed that these four workers were deployed by its contractor at the Koderma Chemical factory which produces ‘Thinner’ and Biodiesel. None of the factor workers were injured in the fire.

The factory manager Amrendra Jha claimed that an old tanker was  lying inside the factory complex.”While welding was being carried on this tanker, there was a short circuit causing the accident”, said Jharkhand.

The four workers who were undergoing treatment at RIMS were identified as Ashok Srivastava(40), Alakhdeo Yadav(50), Ravi Rana(55), and Jitendra Yadav(25).