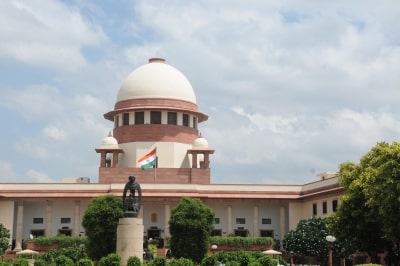 They filed a petition in the apex court on Monday, challenging the Jharkhand High Court's verdict dismissing their petition which had questioned the National Law School of India University’s (NLSIU) decision to hold a separate admission test called NLAT 2020.

In fact, this test was slated to be held on May 10. But the Common Law Admission Test(CLAT) 2020, was postponed for the fifth time to 28 September, due to the COVID-19 pandemic. This, NLS Bangalore said led to a sense of uncertainty among students, parents and participating universities.

As it is, NLAT is an online home-based test that was slated to be held on  September 12. The candidates were to be selected on the basis of aggregate marks scored in the said online test.

This was not acceptable to the, As per the NLS Bangalore, since it follows a trimester model in which a year is divided into three terms, each comprising 90 days, repeated postponement of CLAT 2020 had left the law school ‘uniquely disadvantaged’.

NLS Bangalore argues that if admissions are delayed beyond September, it will inevitably lead to a ‘Zero Year’, where no admission can take place. This, it feels, would “deprive law students of the opportunity to pursue their studies this year at India’s premier law university.”

Against this backdrop, the petitioners also argue that the conduct of NLAT 2020 defeats the purpose of social distancing amid the COVID-19 pandemic since students will be forced to expose themselves further by appearing for multiple examinations.

More, the petitioners argue that a home-based test would not curb cheating, thereby jeopardizing the admission process.

Their petition was rejected by the Jharkhand HC. In its judgment the JHC noted that the petitioners failed to make a compelling argument and thus, it made it clear that it will not interfere with the university’s decision regarding the conduct of the exam.