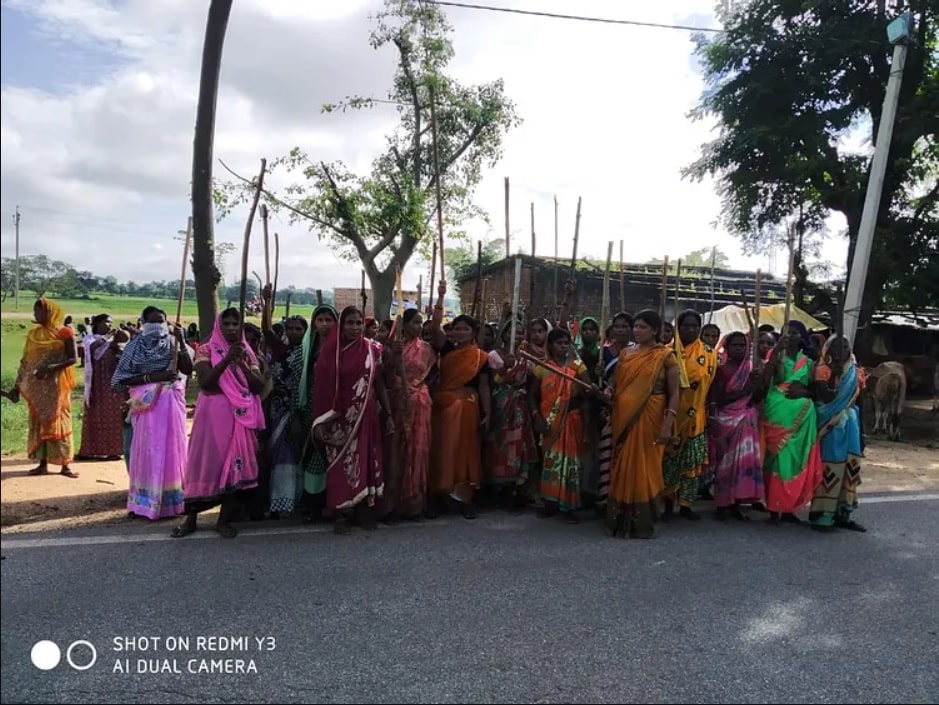 Armed with traditional lathis(sticks),a group of 25-30 Adivasi women caught and lynched one dreaded Naxal to death in Jharkhand.

The incident took place in Tesra village, five km from Gumla town in Jharkhand state on Monday morning when the dreaded Naxalite called Sandip Tirkey(33) was spotted by a group of women inside this village.

Tirkey, who was accused in more than a dozen cases of murder, ransom, rape, kidnapping and loot, was learnt to be running in the paddy fields. He, who belonged to the banned outfit People's Liberation Front of India(PLFI) was terror in almost 20 adjoining villages near Tesra.

This morning these Adivasi women spotted him. Then, they encircled him, caught him and lathi-charged on him, resulting in his death on the spot.

"He kept crying for mercy with folded hands", recalls an eye witness."None of these women listened and kept thrashing him till he collapsed."

The police reached the spot and sent the body of Tirkey for post mortem on Monday afternoon. By lynching the Naxal, these women seem to have brought a sense of joy and relief among residents of Tesra village.