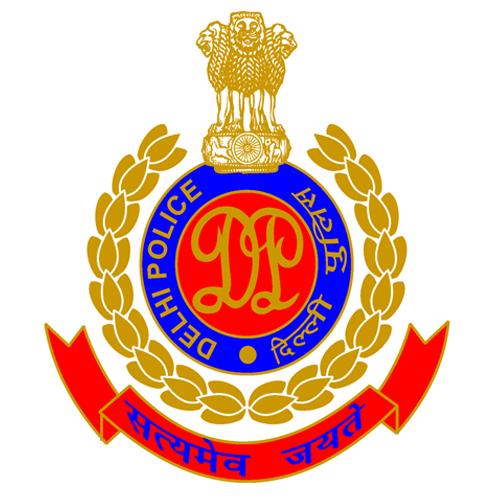 1.2.Rajeev Sharma was found to be in possession of some defence-related classified documents.

1.3.He was arrested for allegedly passing sensitive information about India's border strategy and Army deployment to Chinese intelligence.

1.4.Delhi Police informed that a Chinese woman and her Nepalese associate were also arrested for paying Sharma large amounts of money routed through shell companies.

1.6. He was allegedly contacted by Chinese Intelligence agents in 2016.

1.7.Sharma was also in contact with some Chinese intelligence officer, the police officer claimed, adding the freelance journalist got ‘Rs 40 lakh in one-and-a-half years and he was getting $1,000 for each information.’

1.8.Sharma was arrested on September 14 based on inputs from central intelligence.

1.9.Police have also seized classified defence documents from him.

2. REASONS FOR THE ARREST

2.1. As per the investigation agencies sources, a closer look at the articles, op-eds, and positions on issues over social media by Rajeev Sharma highlights the fact that he might be playing at Chinese hands to spread the propaganda, besides sharing secret information.

2.2. “Sharma has extensively written on domestic and foreign policy issues in Indian as well as international media platforms, including

2.2.4.besides sporadic pieces on other platforms.

2.3. As far as Global Times is concerned, available evidence suggests that he has been writing for and being quoted since as early as 2013, or maybe earlier.” said an officer.

3. In a couple of stories, the Global Times has also mentioned Rajeev Sharma as ‘Global Times correspondent based in New Delhi’.

3.1.Hence, besides authoring opinion pieces for the Chinese platform, he has been institutionally associated with the organisation and has been a part of it.

3.2.In the most recent piece written for the Global Times on 9th July titled “A rapprochement road map for Beijing and New Delhi benefits both countries”, he argued that the armed standoff between India and China “could wreck their economy and many precious things if the situation isn’t amicably eased in double-quick time”.

4. DALAI LAMA PROJECTED AS A THORN

4.1. In a piece titled ‘The Dalai Lama Thorn?’ On The Diplomat on 27th November 2011, Rajeev Sharma tried to project not Chinese expansionism, but The Dalai Lama as the central reason behind China’s aggression and indirectly vouched for his opinion against India’s position on the Dalai Lama.

4.2. Seven years later, on 26th June 2018, he once again wrote a piece on ‘Why the Dalai Lama is becoming the biggest bone of contention between India and China’ published on the DailyO, he termed Dalai Lama a bigger issue than Masood Azhar designation at UN, India’s entry into the Nuclear Suppliers Group (NSG), or the stapled visa issued to citizens of Arunachal Pradesh!

4.3. In lines of the above, he tried to create a war hysteria in India by projecting the Chinese dominance and threat over the visit of the Dalai Lama to Tawang monastery in his article titled What can China do about Dalai Lama’s Tawang visit?

4.4. In his piece he "apprehended" that in case the Dalai Lama visits Tawang, China could resort to either of the four offensives - launch another big ticket incursion into India; launch "surgical strikes" in Arunachal Pradesh while the Dalai Lama visit is still on; launch a trade war and impose severe curbs on Indian imports; or turn the heat on India by announcing the next big strategic plans of cooperation with Pakistan!

5.1. His pro-China positions were also reflected in the Indo-Nepal bilateral relations.

5.2. In an article titled ‘India must worry less about China's shadow in Nepal’ on 28th November 2015, he seemingly defended Chinese colonial designs and expansionist moves in Nepal.

5.3.He wrote, “Beijing is not trying to capitalise on New Delhi's strained tensions with its Himalayan ally.

5.4. Indian media is full of gloomy reports about India's bilateral relations with Nepal-that India has "lost" Nepal;that the Chinese shadows are lengthening menacingly in Nepal and that China is just about to nudge past India in terms of diplomatic and strategic influence” and asked the Indian folks to “calm down”.

6. CRITICISM AGAINST THE QUAD

6.1. While the whole world appreciates the QUAD as a powerful antidote against Chinese expansionist posturing in the Indo-Pacific Region, Sharma thinks otherwise!

6.2. Sharma had opined that Quad shall do more harm to India than good - a logic which the defence analysts have failed to decode. In this article written on 14th November 2017, he put forward five lame reasons why India should not join Quad and raised a number of questions on the functioning and nature of the alliance.

7. SHARMA WOULD HAVE BEEN HAPPY IF INDIA HAD ACCEPTED THE CHINESE EXPANSIONIST PROJECT OF THE BRI!

7.1. In an article titled "Why India should reconsider its stand on OBOR", published on 19th July 2017, he asked India to accept the BRI and “give some kind of concession to Beijing”.

7.2. He also opined, “India’s outright rejection of the OBOR has upset China to no end!”

8. CALLS THE INDIAN MEDIA AS THE "LAP DOG" OF THE GOVT

8.1. In one of the recent Tweets made by him on September 14, he shared the link of his YouTube video and criticised Indian media and termed it as ‘lapdog of the government’.

9. ON KANGANA RANAUT
9.1. Similarly, two days prior, he made a Tweet and termes Kangana Ranaut as BJP’s ‘big time investment’ to take on Priyanka Gandhi.

10. CANVASSING WITH RUSSIA TOO?
10.1. Rakesh Krishnan Godse, a former journalist working with Russia Beyond has claimed that Rajeev Sharma approached Russia Beyond and asked them for an opportunity to write by claiming, “I have inside connections.

11.1. Security agencies suspect that Chinese intelligence has penetrated into Indian media in multiple methods by

(i) Direct transfer of money through Hawala ,

(iii) Payment for advertisement from dummy companies in third countries,

(iv) Sponsoring of studies in China for potential talent who can push Chinese narrative in Indian media .

11.2. Chinese embassy officials have been also trying to feed appropriate stories to media and as a quid pro quo money / gifts/ foreign trips was being routed through PR agencies hired by Chinese companies.

12. WHAT HAS BEEN EXPOSED IS ONLY THE TIP OF THE ICEBERG

12.1. These findings on Sharma might just be the tip of the iceberg.

12.1. The Indian agencies need to launch a comprehensive investigation to find out about every such proxy masquerading as journalists and working as foot soldiers of India's foes.

13. It looks time has come for us to downgrade the representation of China in India to just one Junior Officer with a skeleton staff.

13.1. 24/7 surveillance must be put in place on the activities of this man and the anti-national Indians who keep hobnobbing with the enemy.

13.2. Preemptive arrests must be made on reasonable suspicion of espionage activities.

13.3. The Press and Media who raise their nasty voice against these actions MUST BE SHUT DOWN and their owners and top officers put behind the bars.

13.3.1. The people know the names of all these unworthy guys and their publications.