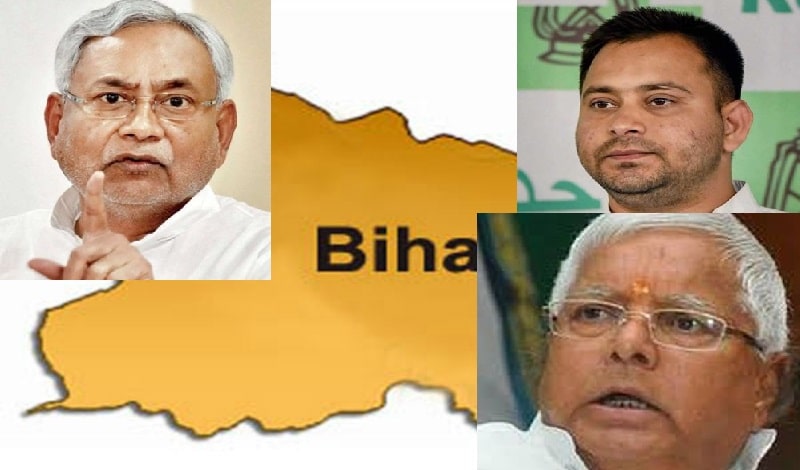 With the Election Commission announcing the schedule of three phases Assembly polls 2020 in Bihar beginning on October 28 to end on November 7 only for declaration of results on November 10, booking of flight tickets has started.

When contacted two travel agents -one in New Delhi and another in Patna-informed that senior politicians of the BJP, JD-U, Congress and its ally RJD have approached them to book to and fro tickets from Delhi to Patna and Patna to Delhi on Friday evening.

Though they refused to disclose names,www.jharkhandstatenews.com has learnt that the forthcoming Assembly polls in Bihar will be held for the first time in midst of the COVID-19 pandemic.

In any case, it is set to witness seven-star campaigners of the ruling NDA as well as Mahaghatbandhan comprising Congress and-RJD.

Second, Chief Minister Nitish Kumar. His popularity and integrity stand above the board. So much that the ruling BJP has announced that the coming election will be contested under his leadership.

Third, Tejashwi Yadav, son of ex Bihar CM Lalu Prasad Yadav, of the RJD. He has to lead against a towering leader Nitish Kumar in absence of Lalu Yadav who is undergoing imprisonment in Ranchi-based RIMS hospital superintendent’s official bungalow.

Fourth, LJP leader Chirag Paswan. He is young, ambitious and eager. Being president of the LJP, Ram Vilas Paswan wants his son Chirag to lead it. Already, Chirag and his uncle Prince Raj, LJP MP, who has been critical of Nitish Kumar and praiseworthy of PM Modi, are bound to leave no stone unturned to gain a foothold in the coming elections.

Fifth, BJP state leader and Deputy CM Sushil Modi. Known as a middle man between BJP and JD-U due to his close link with Nitish Kumar since 2005, Sushil Modi is going to make the difference again.

Sixth is Asaduddin Owaisi. Although this All India Majlis-e-Ittehadul Muslimeen, (AIMIM) Owaisi has never been a mega player in Bihar politics, his ambition to emerge as a leader of Sunni Muslims in the country is likely to create hurdles for the opposition.

In Bihar, there are over 80 seats on which minorities are a major influencing factor. play The minority votes can be decisive in the Seemanchal region accounting for 30 assembly seats. For the first time, it won a seat in the bypoll in 2019. Though AIMIM failed to open its account in the 2015 elections, it plans to contest the largest number of seats ever in Bihar this time.

Seventh is ex-CM Lalu Yadav. Even though he is far away from Patna and undergoing imprisonment as a convict in fodder scam cases in Ranchi, Lalu Yadav is learnt to be active in reviving his party RJD. Apart from his elder son Tej Pratap Yadav, his followers had recently met him inside RIMS hospital Superintendent’s bungalow.