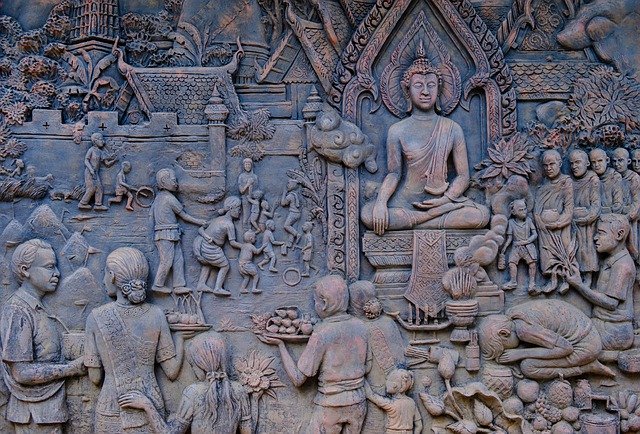 This is a mind-blowing analysis by Chinese Ex Professor from University of Toronto.

Seriously? If anything, ancient India is sorely UNDERRATED.

I mean, *I’m an ethnic Chinese living in Canada.* But when I was growing up in Canada, I knew jackshit about India. Besides maybe curry.

This is partly due to the lackluster historical records that ancient Indians kept and also partly because *modern Indians have a tendency to look down upon their ancient heritage and view western ideas and ideals as superior.* China also has this problem but not nearly to the same extent.

The discovery that the *earth is spherical* is credited to the Greek philosopher Aristotle, who was born in 384 BCE. However, very few people know that a man from ancient India established the idea of “spherical earth” during the 8th-9th century BCE. *The man was called Yajnavalkya* who first discovered that the earth is round. He was the first to *propose the heliocentric system of the planets*. In his work Shatapatha Brahmana, he proposed that the earth and the other planets move around the sun. He also *calculated the period of one year as 365.24675 days. This is only 6 minutes longer than the current established time of 365.24220 days*.

Take the example of Kung Fu. The whole world knows about the martial art called Kung Fu. The person who founded *Kung Fu was none other than a prince of the Pallava dynasty from Kanchipuram*, Tamil Nadu who visited China during the 5th century CE. He became the 28th patriarch of Buddhism and *established the Shaolin temple* and founded the martial art which became world famous today. That prince was called Bodhidharma.

But how many people know about that Kung Fu and Shaolin was founded by an Indian?

Precisely, if Indians are unaware of their heritage, why should they expect that someone else will know about their history and achievement?

The achievements of ancient Indians are lost in obscurity. India’s ancestors had invented many ways which eased the basic life of a common man. These inventions may seem primitive today, but we can’t ignore the fact that these were revolutionary achievements during their era.

The Indus Valley civilization is *known for the broad and the sanitized drainage system* which was no less than a miracle during those ancient times. But how many people know that the ancient *Indians from Indus Valley Civilization (IVC) were the first to invent a flush toilet?*

The people around the world use rulers to measure everything. How many people know that *Indus Valley Civi lization was the first to invent the rulers?* A ruler has been found at Lothal which is 4400 years old. Not only this, the people of IVC were *the first to invent buttons*. The world knows that the Chinese discovered the art of weaving silk dresses. How many people know that *IVC people were the first to weave dresses made of cottons?*

The ancient Indians were *first to invent the weighing scales.* Archaeologists have discovered weighs and scales from the excavation sites of Harappa, Mohenjodaro, Lothal etc. These scales were extensively used for trading.

Ancient India has given *Yoga to the world- which is widely practiced almost all over the world to keep people fit and fine.* Models, supermodels, film stars, athletes, etc. regularly attends Yoga session to keep themselves fit.

*Aryabhatta, Brahmagupta and Bhaskaracharya* were the three eminent mathematicians from ancient India who established the *concept of zero as a mathematical value in different eras.* Brahmagupta was the first to invent a symbol for the value “shunya” (zero).

Bhaskaracharya was the *first to use it as algebra.* The oldest inscription of zero can be found at the *Chaturbhuj temple in Gwalior fort.*

Ancient Indians were pioneers in the *field of chemistry* too. The person who first invented the *“atomic theory” was none other than Acharya Kanad from ancient India*. He explained the atomic theory using terms like “Anu”(atom) and “Paramanu”(nucleus).

Ancient Indians were advanced in *medical science* too. The great physician of the time, Sage Shusrut was the first to carry out different surgeries which included plastic surgery and cataract surgery. His works are composed in his book called Shusrut Samhita (The works of Shusrut). The world hardly knows about *Charak, the great specialist in medicine from ancient India*. He was the first physician to establish the problems and medicinal treaties in fields like *physiology, embryology, digestion, sexual disease, immunity, etc.* His works on Ayurveda is composed as a book called Charak Samhita (The works of Charak).

The Chera dynasty of Tamil Nadu invented the idea of *producing finest steel by heating black magnetite ore along with carbon*. The mixture was kept in a crucible and heated in charcoal furnace. The Wootz Steel originated from India, but today, is popular as Damascus Steel.

This is the *Kailash Temple. It is a megalith* which was constructed by cutting out a single rock- a mountain. The whole mountain was cut from the top to carve out the temple campus.

This is *Dwarka, the grand and mysterious city submerged in the Arabian sea on the extreme west of India.* The submerged heritage is no less than a treasure bearing the pride of Indian race!

This is *Khajuraho, the marvel where the rocks* has taken the form. The best of our monuments are not built on soft rocks like marble. Our ancestors carved out even the hardest of the rocks to give it a beauty.

The grandest and largest temple in India- *Brihadeshwara* temple. Breathtaking, isn’t it?

India is the land of grandest temples and breathtaking architectures. The heritage of India can’t be encapsulated within a small answer! To end the answer with, I will now share my personal favorite- *The Sun Temple of Konark!*

The main structure of the temple was partially destroyed by invaders like Kalapahad- a military general of the medieval period. Later, the prime structure totally collapsed when British stored gunpowder inside the structure and it caught fire accidentally.

Even though the main temple is gone, the amount of what left is still breathtaking by every means. Nobel Laureate Rabindranath Tagore wrote about Konark- *“here the language of stone surpasses the language of man.*”

The whole temple was designed like a huge chariot of Sun God having 24 wheels pulled by 7 horses. Each wheel had 8 major spokes denoting 1 prahar (Hindu time period of 3 hours). There was a huge magnet at the top of the temple which used to keep the idol of the Sun deity suspended in the air due to magnetic arrangement.

Ancient India was a hub of culture and technology and the absolute capital of world spirituality. I could talk about India for hours. India is many things but OVERRATED is definitely not one of them.

Surprised to see a knowledgeable Chinese individual praising the capabilities and contributions of ancient Indian specialists in almost every fields of art, science, technology, medicine. Their contributions towards the mankind are just unbelievable. Why can't a full fledged subject not introduced in the school level so that young school children should be aware of the ancient Indian achievements and get inspired.