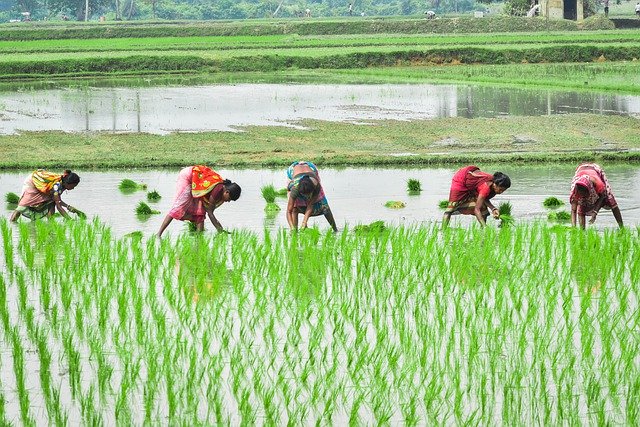 The monsoonal rain has been almost normal across the country. It is expected to boost up the prospect of Kharif (including paddy) crops in the country.

This can cause a boom in the agriculture sector across India."We are expecting a bumper harvest of Kharif crops this time", smiles two farmers in their booming paddy fields in Delhi.

Even the Union government's agriculture ministry officer has predicted that Kharif crops are going to show a new record in production. He, however, refused to elaborate.

In any case, the Southwest monsoon has started retreating from parts of west Rajasthan and Punjab on Monday, 11 days after his normal withdrawal date, the India Meteorological Department (IMD) said.

"Conditions are becoming favourable for its further withdrawal from some more parts of Rajasthan and Punjab and some parts of Haryana, Chandigarh, Delhi, Uttar Pradesh, and Madhya Pradesh during next two to three days", the IMD said.

"The southwest monsoon has withdrawn from some parts of west Rajasthan and Punjab today, September 28th, 2020," it said. Dry weather is likely to prevail over parts of north India for the next five days.

According to Met Department records, the rainfall season in the country starts from June 1 and ends on September 30.

Met records revealed that this year, the monsoon had made an onset over Kerala on June 1, its normal onset date. It covered the entire country on June 26, nearly a fortnight more than its normal schedule.