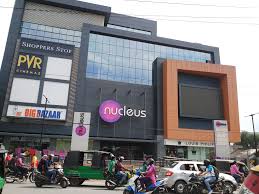 Movie fans have been waiting to watch films in theatres. Now, many of them were in cheers as they don't have to wait for long. Already Information and Broadcasting Minister Prakash Javadekar has fixed the date for the reopening of cinema halls.

As it is, after almost seven months of shutdown due to COVID-19, cinema halls are slated to reopen on October 15. As per the directive of the government, every cinema hall will fill up only its 50 per cent capacity and keep one-seat distance between the viewers.

"Cinema halls are shut for the last seven months. They are now opening on October 15. For the safety of people, we have come out with SOP to be followed," Javadekar is on record having said in New Delhi on Tuesday.

More, online booking of tickets is expected to be encouraged but the box office will be open for single-screen theatres only.

"In single-screen theatres, ticket counters will be opened. However, we encourage online booking for contactless transactions. Proper ventilation has to be ensured and the temperature setting of all air conditioning should be above 23 degree Celsius," Minister said.