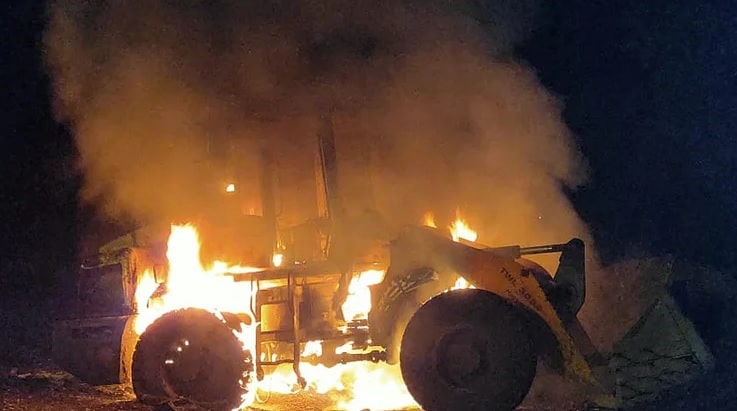 Maoists seem to be regaining ground in Jharkhand. The latest incident took place last night at the Central Coalfields Ltd's railway siding at Bachra under the Piparwar police station in Chatra district.

"After landing at the Bachra railway siding, they opened innumerable rounds of fire and set afire one coal loader and a dumper. This caused panic. All staff of the CCL and other workers who were present there fled", said Dy.SP Asutosh Satyam who was in command of the area.