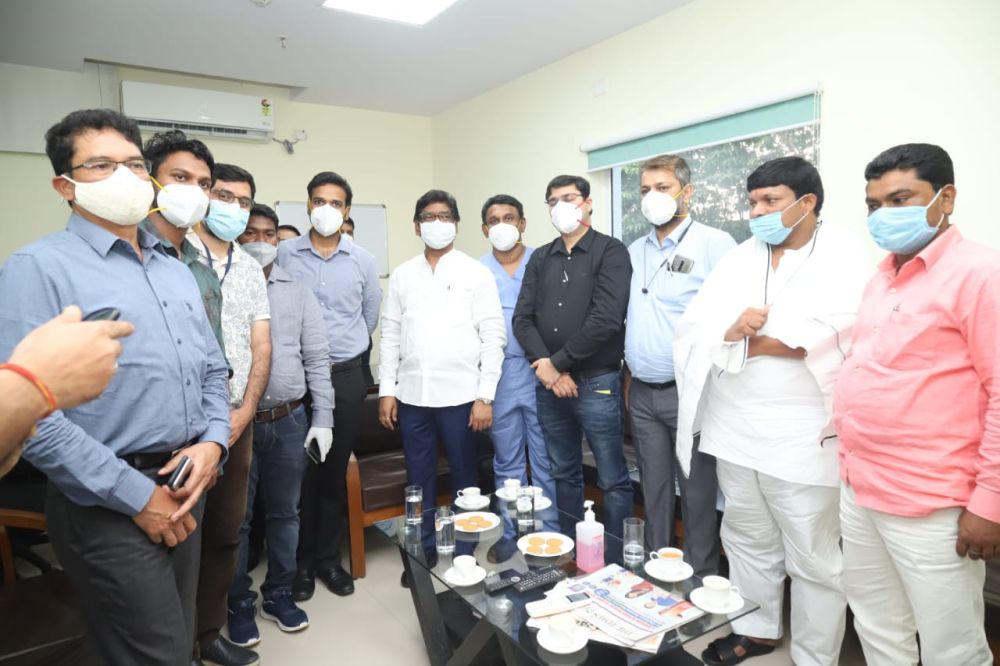 Jharkhand Education Minister Jagannath Mahto is being treated by Chennai based MGM Hospital’s doctors in a private hospital in Ranchi.

These Chennai doctors were called by the state government led by Chief Minister Hemant Soren. After arriving at Ranchi on Sunday, they started treating him.

Mahto who had tested Coronapositive and admitted at the state government-run RIMS hospital days ago was declared ‘ critical’ by MEDICA hospital in Ranchi on Saturday.

Soon, Soren who had visited and enquired about the health of the Minister and visited the MEDICA hospital a number of times was told by its doctors that his condition was critical and needed to be shifted to Chennai MGM.

However, since the Minister’s condition was so critical that he could not even be airlifted and taken to Chennai. As a result, with the CM’s directive and the state government’s initiatives, Chennai MGM hospital doctors were called. They landed in Ranchi and started treating him on Sunday.

“ The health condition of the Minister was being checked frequently. Chennai doctors were keeping vigil over his health condition“, said a health bulletin issued by the state government on Monday.

Now, the CM Soren has said that his Cabinet colleague’s health status was ‘stable.’ Also, Soren pointed out that efforts were being made to airlift and take him to MGH, Chennai.