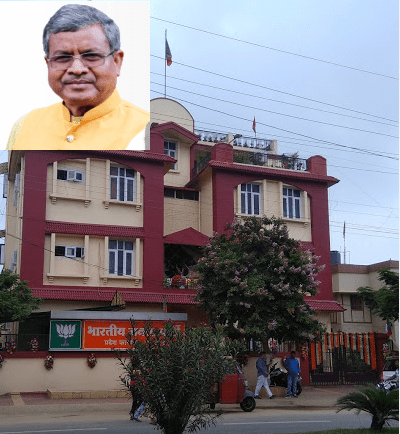 The Chief Minister Hemant Soren led coalition comprising his party JMM, Congress and the RJD is sailing smoothly in Jharkhand where the opposition BJP lacks leadership.

No BJP leader worth its name is present in the state to study, evaluate and opine on the Soren government's initiatives-successes and failures. As a result, the print and TV media covered its moves, leaving the views of the Opposition on vital issues of governance.

Even the triple storey state headquarter office of the BJP located in Harmu remains empty almost every day. This has come as a  clean sea for the ruling JMM led coalition. So much so that though two Assembly by-polls were taking place in Dumka and Bermo, there is no BJP leader to even campaign for its candidates in these two constituencies.

The root cause responsible for the leaderlessness of the  BJP is twofold. One, the BJP's state unit President Deepak Prakash was elected as Rajya Sabha MP. Former BJP leader and ex-CM, Raghubar Das was appointed as its national Vice-President. And, the homecoming of ex-CM Babulal Marandi has not helped him lead the party.

As it is, the BJP had lost the assembly election in 2019 under Das’s stewardship. Soon, party leaders brought back Marandi in the presence of Amit Shah at a function in Ranchi in February 2020. Shah had hoped that he will lead the party in absence of Das.

This did not happen. Assembly Speaker Ravindra Nath Mahto, who belongs to the ruling JMM-Congress-Rashtriya Janata Dal coalition, refused to recognize him as Opposition leader on the ground that he was elected as MLA on his founded party JVM and not the BJP.

The process for appointing commissioners required scrutiny of the applicants by a panel that is chaired by the CM, with a Cabinet Minister and the leader of the Opposition (LoP) as its members.

To overcome the stalemate over the LoP's post, the BJP toyed with the idea of getting Marandi to resign from his Dhanwar seat and contest one of the two upcoming assembly by-polls, preferably Dumka that was vacated by CM Hemant Soren, who kept Barhait -- the other seat he won.This was not acceptable to Marandi.