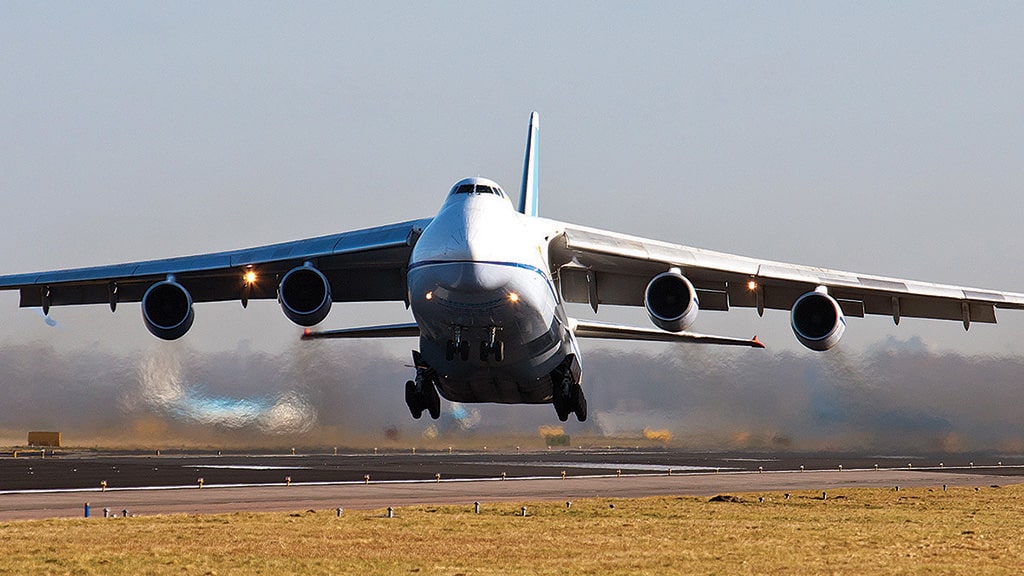 The world largest Civilian transport aircraft ANTONOV (AN124) landed at Kolkata on Wednesday night carrying a 59,000 Kg payload for Baghjan-5 for the snubbing operation from Calgary, Canada.

The massive aircraft landed last night at Kolkata as both Guwahati and Dibrugarh airport runway cannot handle the Ukrainian aircraft, which is used worldwide for its long haul cargo dropping.

According to the OIL sources, the aircraft was commissioned by Piston Well Service Inc of Canada which was hired by Alert Disaster Control, Singapore. The Alert has been commissioned by OIL for killing the Baghjan-5 well, which was burning since May 27 of this year.

Piston General manager Ross Whelan twitted that the crew and the machinery weighing 59,000 kg was loaded in the massive AN124 and took off from Calgary on Tuesday afternoon from Calgary and landed at Kolkata on Wednesday night.

The specialized snubbing truck was unrolled from the aircraft and loaded onto a trailer and is being driven to Duliajan and may take upto 7 days to reach Baghjan.

The entire snubbing operation is expected to be completed by end of November.

According to the spokesperson of Oil India Limited (OIL) Tridib Hazarika, the snubbing operation is expected to commence by the beginning of next week and the fire is expected to be snubbed by the first week of November ending months of the misery of the people of Baghjan.

“We hope that the unit will be here by October end, work will begin and well will be completely under control by the second week of November. After that, well will be abandoned and plucked. We have lost 46,440 metric tons of crude oil and 120 million metric St Cubic meter of natural gas,” he said.