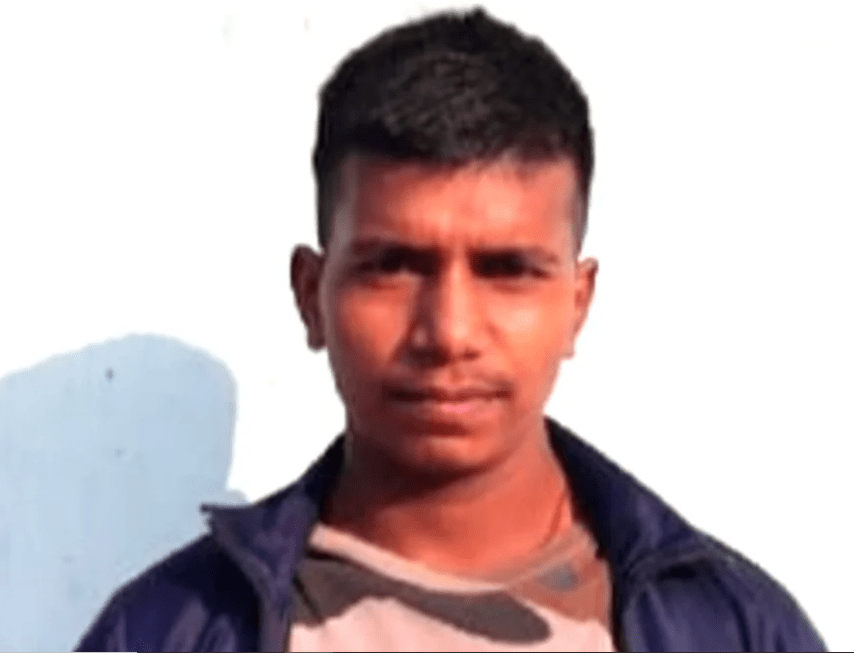 *Martyred jawan of the Indian Army Abhishyekh Kumar Sahu, a resident of Chanho block in Ranchi district of Jharkhand state who gave the supreme sacrifice for national security at Ladhak on October 25.

Shock and grief have gripped family members of the Indian Army jawan Abhisekh Kumar Sahu who was martyred in Ladhak on October 25.

After family members of Sahu, a resident of the Chanho block in Ranchi district of Jharkhand were informed by the Indian Army personnel about the supreme sacrifice made by Sahu, they have been in tears.

The body of Sahu arrived in Ranchi on Tuesday evening and taken to Chanho where his last rites are planned to be performed on Wednesday.

In view of the COVID-19's threat, a committee of residents of Choreye, the home village of Sahu in Chanho block of Ranchi district, was formed to organise the funeral function. One of the committee members informed that while a human chain will be created with each person carrying the national flag,flowers will be showered on the vehicle moving with the body of the martyr jawan.