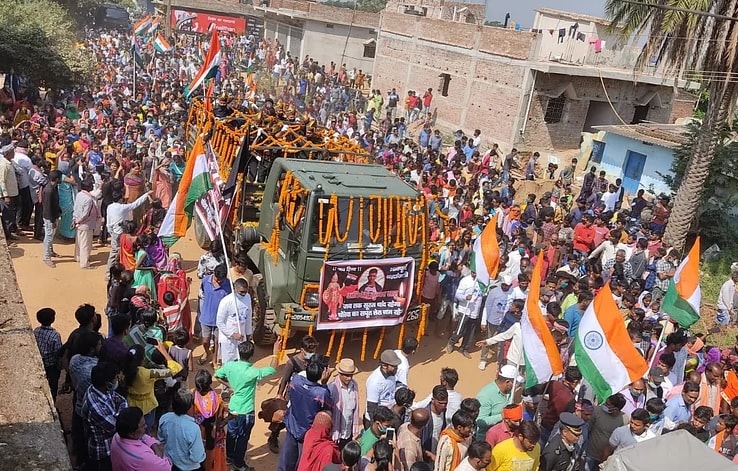 *Picture shows crowd following the Army vehicle carrying the body of the martyred jawan in Chanho.

The last rites of Abhishekh Kumar Sahu, the Army jawan who lost his life in the gun firing at the India-China border in Ladhak on October 25, were performed at his home village Chorya in Chanho block of Ranchi district on October 27.

Huge crowds gathered to pay their last tributes to the martyred jawan at Chorya where a guard of honour was presented to him.

Earlier, after his body arrived in Ranchi, Jharkhand Governor Draupadi Murmu paid homage to him at the Ranchi airport on Tuesday evening.