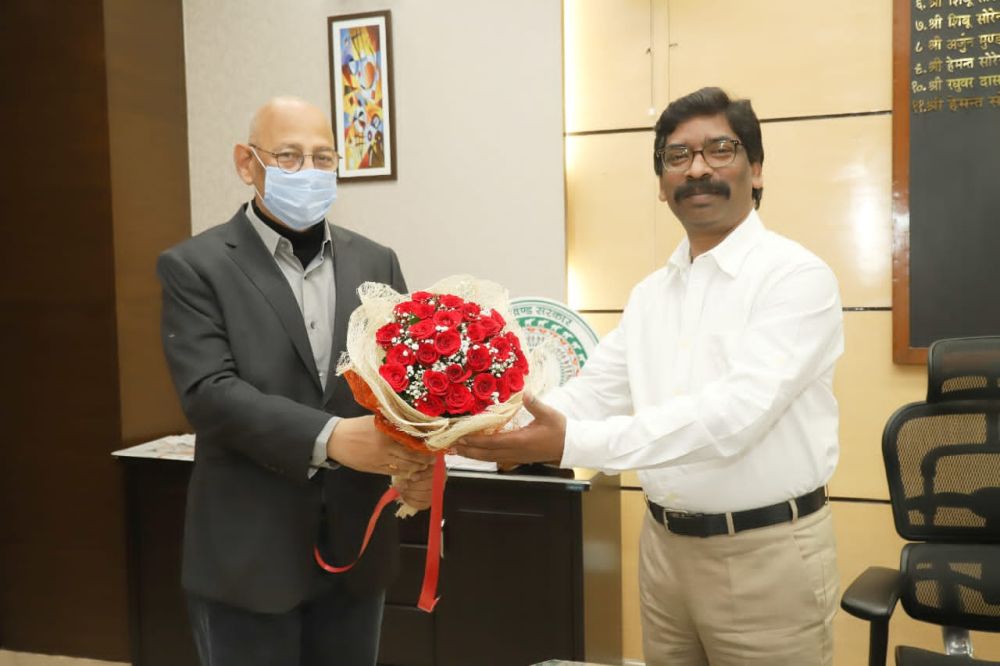 Choudhary handed over a bouquet of flowers to Soren inside his official chamber in the state Secretariat in Ranchi.

The meeting was officially described as ‘formal.’