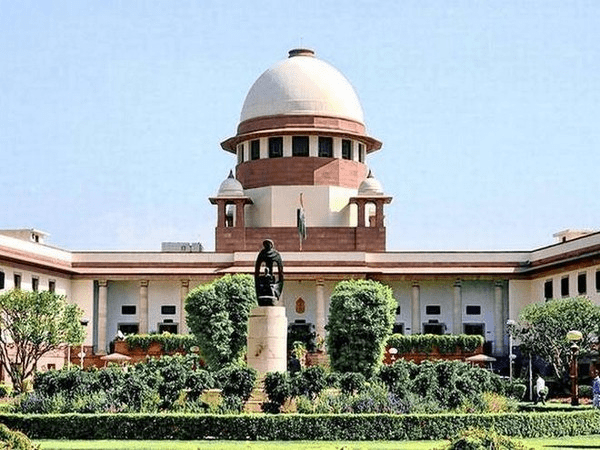 The Supreme Court is expected soon give its verdict in OROP case.

A group of armed forces is pessimists about the outcome. They think that  a small section of Bureaucracy is therefore working overtime to make sure that once implemented, OROP not only grievously harms the current serving officers, but also adversely robs the well earned pension of Defence Veterans.

Hence the DMA, part of bloated civilian bureaucracy in MoD has already worked out sinister blueprint before the impending SC judgment.

Increase the length of service of currently serving officers, and simultaneously introduce a clever rule that denies these defence officers their authorised pension, by introducing a new punitive pension formula that diminishes your pension automatically on the scale of (extended) physical service !!*

So this new machination of reduce-the-pension & increase-the-service-length order comes up BEFORE OR AROUND the Supreme Court's ruling on OROP ... *so that OROP will immediately start working against ALL officers and pensioners,* (except perhaps Lt Gens and those who rose up to officer rank from Other Ranks, by fulfilling the newly introduced service length criterion)

On the day SC rules in favour of OROP, OROP will become applicable to Pension Rules Applicable "as on date" / "as amended from time to time".

STEP ONE . ALL officers will get to 75% of entitled pension, due to inability to fulfil new length of service criterion, except Lt Gens and Officers promoted from Other Ranks.

PMR officers (voluntary retirement after mandatory 20 years) will get even a worse deal 50% to 60% of the entitled pension.

STEP TWO.Retired Pensioners, will automatically get reduced pension as their pensions will be equalised as per OROP on Supreme Court's orders !!

So the Bureaucrats will also play a game with Supreme Court by reversing the possible judgement, which would obviously be meant to give relief to existing pensioners, not to further reduce pensions by OROP linkage to a new, punitive service linked formula, being introduced now !!

ALL THIS IS HAPPENING, UNDER A TUTELAGE OF NEWLY INRODUCED DMA IN MOD. IT HAS 41 OFFICERS, 38 OF THEM CIVILIANS !! AND DMA IS NOW WORKING OVERTIME THAT OROP STARTS WORKING ADVERSELY FOR ALL OFFICERS OF ARMED FORCES !!

Let us view some "Environmental Factors". When we joined Army, emoluments of every assistant professor who entered a university were much lesser than a Lieutenant's pay. Today, the same educationists retires (in above 90% cases), with a minimum Major General's pay, something that is denied to above 93% of officers of Armed Forces !! It is denied due to pyramid structure and by denial of NFU.

And in the meanwhile, this Professor, staying in same city, with family and no disruption to his children's education, and possibly taking about 2 to 3 lectures per day as his primary responsibility. *The degree of difficulty is simply not comparable.*

Socially, when the parents are looking for grooms for their nubile daughters, they do make a mental Matrix, and all this is factored in. Well we have nothing against any segment or profession, *but we don't want a situation where a good spouse is also denied to that officer in today's materialistic world.*

Wiser men have understood what we are trying to indicate. There are far too many adverse implications, hidden 8n these devious machinations, that make an already lopsided situation even worse.
Ultimately it will lead to denial of Best Talent for a Nation's Security and Well Being.

1. PMR will be a no go, and the Armed Forces will possibly have to face a more disgruntled, aged, demoralised officers, particularly in the ranks of Colonels and Lt Cols.

3. In the same period, there civilian equivalents, 90 % will see atleast 2 more promotions, that is equivalent to a Maj Gen.

*POLITICAL IMPLICATIONS* Most Veterans have seen through this *sinister gameplan of* Bureaucrats :

2. Overwhelm the office of DMA with a sinister advise, *38 out 41 are Bureaucrats in DMA who draft such policies*. They themselves never sign such sinister drafts, for that they have obedient uniformed officers !! And let someone in uniform be blamed if this sinister plot is exposed !!

IT IS A MATTER TO BE STUDIED AS TO HOW ARMED FORCES CONTINUE TO ALLOW THEMSELVES TO BE DOWNGRADED IN FINANCIAL PARITY, THROUGH BUREAUCRATIC MISHANDLING.

While Armed Forces will be reminded, THEY JOINED DEFENCE VOLUNTARILY, please remember, the status, dignity, privileges and pride attached with Armed Forces was very high in our society when youngsters joined in pre 1990s. But things are becoming so different with passage of time ..

Can we allow the situation to slide where Armed Forces may become least attractive of all the choices available to the youth today. *Armed Forces are unable to attract best of the national talent, through series of ill conceived machinations* and disincentives such as the current one.

*Young Officers of Army are the pride of their troops, can we allow an atmosphere where a YO is surrounded by so much negativity, at a time, when the nation is preparing for a two front war ??*