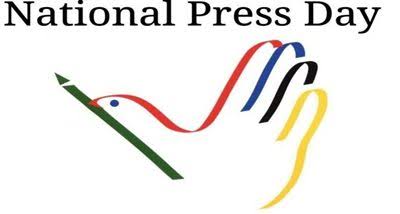 National Press Day is celebrated every year on November 16 to commemorate the establishment of the Press Council of India which was formed in 1966.

National Press Day is the symbol of a free and responsible press in India as Press Council Of India acts as a moral watchdog for media. It also makes sure that the institution of the press should not be controlled by the influence or threats of any extraneous factors.

The Constitution of India does not recognise ‘Press’. No where it provides any special status to journalist. To put ‘ Press’ on car or any vehicle is against the traffic acts across the country.

To say this is only to make it clear that a journalist is an ordinary citizen who has been provided with a fundamental right by the Constitution. That right is  "the right to freedom of speech and expression".

Also, it must be noted by every journalist that freedom of the press is not specifically mentioned in article 19(1) (a) of the Constitution.

As such, a journalist like a citizen belonging to  ‘Media’ can criticise but should guard against 'fake news' & desist from disinformation & misinformation. There is ethic for every freedom.