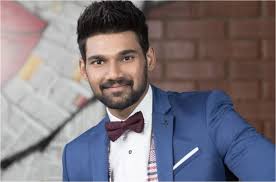 Bollywood is going gaga with the entry of a Telugu actor Bellamkonda Sai Sreenivas. He is set to make his Hindi film debut with the remake of S S Rajamouli's 2005 movie "Chatrapathi".

Chatrapathi will be helmed by filmmaker V V Vinayak and produced by Jayantilal Gada's Pen Studios. Its script demanded a southern star to carry it to Bollywood. Sreenivas was the fittest star for this movie.

"We are very excited about this project, and everything is falling in place at a great speed. We have updated the script to match Bollywood sensibilities," Jayantilal Gada of Pen Studio said in a statement.

Starring south star Prabhas in the lead, "Chatrapathi" revolved around the story of a young man who is in search of his family he lost. The film also featured Shriya Saran, Venu Madhav, Pradeep Rawat and Bhanu Priya in pivotal roles.

The remake marks a reunion for Sreenivas and Vinayak after they worked together in 2014's "Alludu Seenu", which launched Sreenivas as an actor in the Telugu film industry.

The 27-year-old actor has over the years featured in hits like "Jaya Janaki Nayaka", "Saakshyam", "Kavacham" and "Sita".